When users read text in virtual reality using a head-mounted display, signs of fatigue and repeated stress injury are shown based on where the interface is positioned. Is there a way to minimize or eliminate this problem for the user? 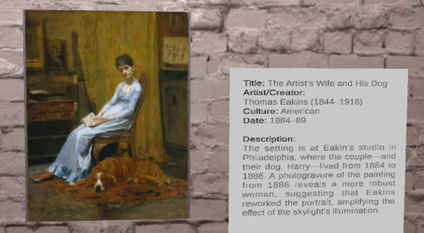 ​Based on the previous study, user data was collected by questionnaires, descriptive observation, and selective observation. A total of three user studies were conducted with a total of 60 participants. Participants showed different user behaviors dependent on the reference frame, the position of where the interface appeared in the virtual environment, of the interface. Below shows the three positions that caused user's fatigue.

In one reference frame, we believe that user's moved their arms and neck more because the user was not able to read the text clearly. We suspect this is due to lens distortion. Only the center of the lens is clear in HMD's, so if user's were to glance anywhere else the screen would be distorted making it difficult to read.

For this study our goal was to eliminate the strain that is put on the user's neck and arm by redesigning the position of the interface and how the user interacted with it in virtual reality. To do this we evaluated why user's were moving their arm and neck.
​
Based on the previous study, we believe that a major problem was positioning the text in a reliable position to read the information. We decided to combine two reference frame designs into one, to see if limiting the amount of freedom given to the user would minimize the fatigue effects. The approach included limiting the amount of freedom the user had positioning the interface and minimizing the amount of arm and neck movement required by the user. 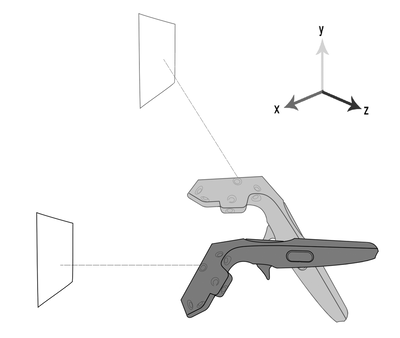 We evaluated two of our original designs with our new combined design. Through questionnaires we obtained information as to why the user was moving their body or if they were conscious of their body movement. Video recording of the user was also obtained to accurately document the user behaviors for each design.